Blockchain on its part is a technology that enables the saving of informations and value and serves as a distributed database. Though blockchain was officially launched in January 2009, it was already existing since 1991. The aim of blockchain is to permit digital information to be recorded and distributed, but it cannot be edited nor corrected. The best way to really understand blockchain is to apply the knowledge you have acquired before. Though the two are technologies which were launched or made public in January 2009 when Bitcoin came into existence created by a person or a group of persons known as Satoshi Nakamoto. Bitcoin protocol relies on blockchain or better said, it was built on Blockchain.

Blockchains come into place in Bitcoin during an online transaction. Since Bitcoin has to be verified during the process, the verification is essentially done on a new block which uses a “hash” commonly known as a code or an identifying code which is created and used during the transaction process inorder to verify the bitcoins before it reaches where it was initially planned to reach that is the receiver. Bitcoin can be used in various ways, to buy things online like products, articles and pay for services. In order that it should be realized, it has to be done through a new block which is subsequently attached to the blockchain, thereby verifying the transaction, since Bitcoin protocol is built on Blockchain. The use of blockchain does not only limit itself to bitcoin only, it has found many uses that go beyond bitcoin. 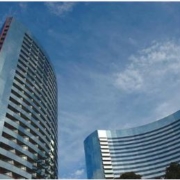 What can you do with cryptocurrencies? Existing differences between digital money and printed money and their uses...
Scroll to top