You are here: Home1 / Blockchain Technology2 / Lumai Mubanga3 / Internet of things (IoT) and the blockchain

In 2016, the world was shocked with a Distributed Denial of service (DDoS) attack when multiple devices were hijacked using malware. It targeted IP cameras and home devices. It is the infamous Mirai attack. The main reason why this attack was so successful is the then “loose” configurations. Many IoT systems have a single point of failure. Once that single point of failure is attacked, the whole system becomes compromised. Can blockchain turn the tables?

It begins with the way Internet of things devices currently work. Many Internet of things devices have sensors and processors and sometimes communication capabilities. Think about a home security camera as an example. This camera is connected to the “cloud”, where all the processing is done. After the processing is done in the “cloud”, the device will take action based on the feedback from the “cloud”. Now imagine a lot more devices doing the same and responding to commands from the single “cloud” commanding master. That is a single point of failure. If that point is hijacked and controlled by malware, all the IoT devices controlled by that “cloud” master will be affected.

That is what happened with the Mirai Attack. The hijacked IoT devices were used as botnets to unleash the attack. From this scenario, we see that the current configuration favoured two possibilities. The first one is a single point of failure. The second one is the hijacking of all devices and using their processing power in an attack.

Blockchain has the capabilities of preventing such weaknesses. Blockchain brings the two biggest benefits to IoT. These are security and trust. Rather than having a single point of failure with potential compromises as in the Mirai attack, blockchain enforces the security and trust of IoT devices by allowing the IoT network to act on the feedback based on consensus mechanisms of the block chain configuration. This removes one possible source of false information. Thus, the IoT devices will collect data which block chain verifies.

Other measures based on blockchain technology seek to introduce a standardized approach to what an authentic internet of things device is. The same standards will define what a bad IOT device is and automatically quarantine such nodes. 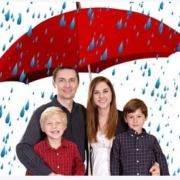 The concepts of Blockchain technology 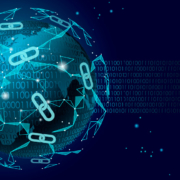