Coming from the Central part of Africa where life seems more difficult financially as compared to other African countries, any technology that improve our lifes will be the most welcomed. Most Central African countries live below poverty, rendering life to be extremely hard and the adoption of new technologies is good. Due to this economic hardship, financial system is very hard, making any investment possible as the central bank regulates the in flow and out flow of money in the country. With the use of the blockchain technology in order to create e-money as the blockchain technology is the foundation stone on which all cryptocurrencies actually see a creation, be it e-money or bitcoin, the leading cryptocurrency at the moment. Though the use and adoption of Ethereum is upcoming in a great speed of light.

Due to the financial restriction most African countries and developing countries experience as a whole on their currency, which is physical cash, there is always a need of bypassing this limitation, which many African countries have done by creating their own electronic money. This is the case with countries like Senegela, Cameroon and Tchad. These countries have in their system, their country electronic money which permits them to carry out transactions at any moment with a lower payment rate. This is to say that transactions can be carried out between a sender and a receiver even at 1 0’clock in the morning with a low cost fee rate no matter the amount of money which is involved. This is not the case at financial institutions levels like banks or microfinance. They do have an opening and closing hour time with cost fee always high as the higher the amount of money, the higher the cost rate will be.

African countries and Central African countries like other countries are embracing the ongoing shift towards a more technocratic society. This approach and decision has been decided and embraced both at the public and private levels of the society. This is the case with South African president, Cyril Ramaphosa, who once he became president of South Africa in 2018 made a public announcement that a digital industrial revolution commission will be set up between the state and the private sector as it will be made up of new technologies like the blockchain. This was followed in line by the Kenyan minister of technology who made a similar announcement that Kenya will bring up a blockchain roadmap. This project will be conducted by Dr. Bitange with 11 others as the duration of the work will for three months. The aim of this project is to carry out research on artificial intelligence and the use of the distributed ledger technology in kenya in order to improve the standard of living of Kenyan.

Despite many businessses and companies implementing the use of the blockchain technology and cryptocurrencies in the African continent like De Beers, there still remains much to do in terms of acceptation and adoption by the whole African countries, though the adoption is already on its way. 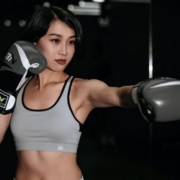 Blockchain and the music industry 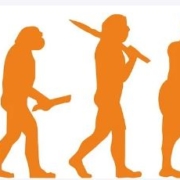