Southeast Asia, a place for 647.74 million inhabitants, has become a big market for many countries. Bless with geographic position trading, producing, and consuming happen since a long time ago. Investors choose Southeast Asia countries to expand their business because they need a new potential market to sell their products. Countries in Southeast Asia, also known for its low labor cost, don’t have advanced technology to compete and also a big potential market itself.

In Southeast Asia, blockchain refers only to cryptocurrency, but the use may vary. Banking, for example, starts to use blockchain to improve trading accuracy, prevent deception, and cheaper administration. Having a permanent record that can’t be tampered with became an attractive factor for any business that needs to maintain customer trust. That is the reason why blockchain needs to be applied more in Southeast Asia.

Bambang Brodjonegoro, former Minister of National Development Planning of the Republic of Indonesia, said that blockchain technology could give Indonesian economic advantage with good data analysis. Blockchain also accelerates industrial transformation make it more efficient and more competitive. The industrial change will happen foremost in the small industry since Indonesia has many small businesses. These small enterprises could not deploy digital payment caused by high-cost mechanism from banks. Having easy access to digital payments will increase GDP and stimulate export that supports nation prosperity.

One of the Indonesian government concerns is to establish clear and easy regulation for remittance transactions. This regulation will facilitate immigrant workers to transfer money for their families at home. According to the World Bank, it estimated up to US$10.5 billion a year. Removing the need for an intermediary party (i.e. bank) will allowing efficiency and reduce transfer fees.

Singapore, who has already moved forward with blockchain technology, said that they ready to roll out the blockchain payment project commercially. Singapore blockchain technology enables faster and cheaper international settlement.  This year they start to develop the prototype multi-currency payment network project. By using this payment network, Singapore able to perform cheaper and quicker payments on cross-border payment than the conventional channel. Seamlessly integrating another blockchain network is the keys success of this project.

Becomes a world logistic hub that makes Singapore need to provide a goods tracking system that allows companies to track their shipment state. Blockchain can ensure the entire supply chain route and identify when any damage emerges precisely. Stakeholders will get accurate information about their supply chain problems. With this information, companies can design a better strategy on their chain.

Other countries in Southeast Asia, still racing again the time to applying blockchain technology base on their own needs. Safety and accuracy play a critical role in providing connections across the nation, and it sometimes really costly. Trade between countries always depends on how much profit they get, so lower-cost means higher trading traffic. With blockchain technology, supply chain evolutions on their way and affect many countries in Southeast Asia. 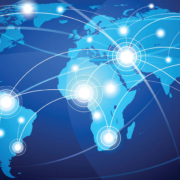 The relevance of blockchain in relation to cryptocurrency