Since the inception of cryptocurrencies, initial coin offering has become a buzz word, if not a household name for cryptocurrency enthusiasts. Other cryptocurrency hobbyists simply wonder what it is all about. This article will briefly explain what ICO is and why you may be the next interesting beneficiary.

An Initial Coin Offering, or “ICO,” however, is a novel, unregulated means of raising funds for a blockchain startup. This model did not exist before blockchain, hence the phrase novel. It is also unregulated because blockchains lack strict governance principles associated with centralized institutions.

Blockchain companies desiring to develop a protocol will often include a token within its platform. To distribute the token and raise money for the company, It will sell an amount of these tokens as seed funding. These tokens often represent some units of value within their network. The concept behind these tokens, regardless, is that their worth is tied to the value of the company.

We can, therefore, say that the company’s values purely depend on the faith the community has in the success of its protocol. The greater the faith, the higher the value.  Community response incentivizes the company to continue developing the protocol, which pushes the value of token up.

In the past few years, a number of ICOs have sprung up to generate funding for different projects, not limited to any particular industry.

The Interchain Foundation raised $17m for the cosmos network a platform seeking to provide infrastructure for blockchain to allow blockchains to talk to each other. After selling its Atom token ICF funded other players to build an inter blockchain protocol that will set the stage for a multi-chain future. This has proved to be a success story.

Filecoin is another firm that raised close to $257m to create a distributed file storage network. This was published as one of the all-time record high fundraising ventures by a single company. This amount was raised in almost a month of activities, showing how much faith or confidence the community had in the business prospects. The aim of filecoin is to create a cloud storage blockchain which could also allow users to rent out their spare capacity.

Thus, the success of ICOs is both tied to the nature of its protocol and the community response to that potential.

In the next article, we will look at how ICOs innovate on previous fundraising methods. 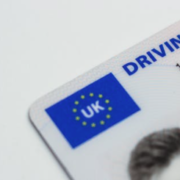 Blockchain and the stock exchange

Is Bitcoin opened to everyone?
Subscribe
0 Comments
Inline Feedbacks
View all comments