We are living in a time where technology is having a huge impact on our day-to-day life as our entire life is being dominated by digital dealings. This is visible in many aspects of our life. It has brought changes which we cannot deny or refuse to accept as our life seems to be turning internet and its technology. On way which we can see this aspect is through our online financial dealings, better known digital and virtual money. Both are there to enable online transactions, more redeeming, though they vary considerably.

Digital money is seen in terms regarding cryptocurrency which deals in bitcoins, whereas virtual money is a form of virtual currency which is derived from different sources mainly as tokens given out by individuals or companies for a rendered service. This is often done in form of gift cards reward, free vouches. Whereas when we look at digital money that’s cryptocurrency, we come to realize it’s completely different from virtual money as it offers much than we can imagine. Though cryptocurrency came to existence in 2009, it has a long way to go, as it comes to revolutionize financial services, thus making financial service easier and accessible to all.

The real difference digital money and virtual lays in cryptocurrency. In virtual money, you must perform a task in order to get paid through rewards such as gift cards, which is not accessible to everyone especially those from developing countries, as there’s always a limited access for these countries.

This is not the case with digital money known as crytocurrency or bitcoins. With bitcoins, there as several ways to achieve money as one way by selling and buying bitcoins, doing various activities as some companies prefer now to pay using cryptocurrency. Also, one can receive bitcoins from someone without necessarily done any activity or service demanding a pay. All these is to render financial opportunity to everyone, no matter where you are found and what you are doing.

If we haven’t realized it, let’s better do it because what cryptocurrency offers is so amazing. Though, there is still a long to go concerning digital money as a whole and cryptocurrency in particular, but the beginning is already so amazing. One can be tempted to say that, digital money is what we really need as with it, there’s no discrimination or favoritism as opportunities are opened to everyone, no matter who you are and where you are found which is not the case with virtual money. More so, it is much easier than other payment systems.

The World Today With Bitcoin 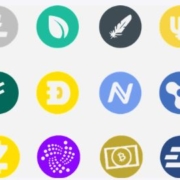 Is the current surge in cryptocurrencies, a case of cause and effect?