Coming from a developing country with all types of challenging issues is not always an easy issue especially as it concerns economic crisis. No or limited capital flow into the economy with several restrictions on banks and financial institutions. Finmail is offering a unique opportunity and expression through creativity to raise our standards of living. Life has become more simple and easy with the coming of the internet. It came along with many fascinating things. At times, it can be concluded that there are two worlds we are living into, the virtual world and the real world in which we all live into, though on different degrees. This two types of life are still at a beginning in African countries. There’s this impression that is coming up, the more and more that is the fact the virtual world is taking an upper hand on the real world. Some people can attest by their lives that life in the virtual world is more fascinating than the real world. They have their various reasons for saying so. Though some people are for the virtual world, others are completely against it. Those that do not agree are strongly vehement against life in the virtual world. Yes, they might be rightful in what they are saying through their thoughts and dealings. We are really trapped into the world with most people taking refuge or doing their things solely in the virtual world, be it their employment, shopping and social life. Some people do it knowingly, some do it unknowingly, but the reality of things is that we are all living into the two worlds, be it the virtual world or the real world. Though at times, they turn to conflict each other. But the good thing is that they propose good facilities, we just need to know how to pick the good from the two and make the best of it. And one of the ways is the good use of the internet which is by making use of digital money.

The internet has taken the world by storm and an area it is visibly seen it’s in social life, commonly known as social media. There are also other aspects like online transactions and dealings. This is commonly known as digital or virtual money. Though before the venue of digital money, there already existed money called printed money. It goes same with the fact that there existed something else before printed money that was used as form of payment or transaction.

Most countries worldwide especially developing countries still rely on printed money that is cash, bills and coin and very few are in use of digital money. Let’s say 1%. Due to the ongoing crisis African countries face, there is always a problem of cash, capital flow. Whereas if governments take upon themselves to use digital money like cryptocurrencies, they won’t face so much difficulties in terms of cash and payments.

Countries facing economic crisis and low capital flow should go in for digital money as it is decentralized and is very secure in its transactions, knowing you can do and buy everything using digital money. There should be an encouragement as the populations and governments are not yet aware of the goodness of digital money. Digital money will offer the following to these countries (developing and under developing countries): 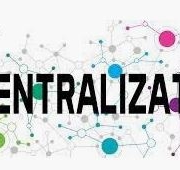 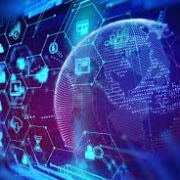 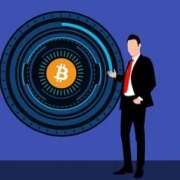 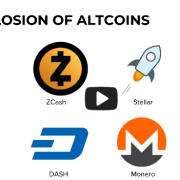 Bitcoin vs Blockchain The concepts of Blockchain technology
Scroll to top