Digital currency is no longer something new in the world of finance. Yet it is no longer a new term and a new currency in the market, it keeps on bringing debate among experts, nations and financial systems with each trying to surpass the other one in its uses and others being completely against its use. The good news is that it is not something of a long time now for them to be conceived of its goodness. There are many countries that stand against the use of digital currency and doubted its truthfulness. Now, it is no longer the case. They are convinced and they are into the use of digital currency as other financial systems and economies have taken it into their system. One of the forces that digital currency has it is versatility and its capacity to fit in any system depending on its needs and necessities. That is why countries are able to create their own national digital currencies and use it for a particular reason. A country like Estonia aims in creating their own digital currency to answer the needs of its citizens. The digital currency will be known as “estcoin”. This digital currency will be used for two different reasons, which is to verify the identity in blockchain-based transactions and also a payment method which will be exchangeable with euros. Though the Estonian government is to use estcoin, it will not become the official national digital currency.

Getting further and looking closely at the force of digital currency is by taking into consideration and example the economy of Japan. In Japan, an organisation of banks are coming up with the initiative to launch a digital currency mainly for the upcoming 2020 Tokyo Olympics which is taking place this year in their country and its coming with an alarming speed. These banks do so with great support from Japan’s central bank. The aim for the creation of this digital currency to respond to high competition coming from major mobile-payment services enacting from US and Chinese firms who are the two metronomes of the worlds economy at the moment. The upcoming Japanese digital currency will be known as “J-Coin” which will be convertible with the Japanese yen. The organisations of banks that brought up the initiative will be benefitting on their side as by providing the service fee, they will profit by collecting more data. This is a good strategy brought up by the Japanese banks in order to fit well in the market of digital currency.

Taking close looks at these two examples and more others like worldwide countries, it is easy to understand why digital currency has a lot of force as it convinces its uses as they want by giving each user the freedom and opportunity to use it as it wants without affecting their national currency as it comes up to complement the other existing currency in the country. 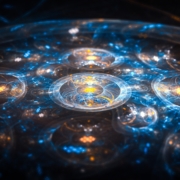 How Africa can immensely benefit from blockchain technology

The blockchain – what it is part 2

Why are countries carried by the tendency of creating their own digital cur... World major economies exploring the path of Digital currency
Scroll to top