The world is experiencing something unusual in its history. With the advancement of technology, many thought things will become better and better for all nations. It may be true, though globally it is not the case. The world’s economy stability is being strengthened with various aspects like political crisis and social crisis and more so climatic change as it is approaching with great pace. Major world countrys economy have been affected. This is the case with countries like Germany and Ukraine that have been going through series of economic crisis. Despite these various problems that are countries that stand up, whereas others do not.

At the moment, despite the existing fact that there are emerging world economies like Canada, Sweden, Finland and Norway, there are countries with references when it comes with their financial system and the way they approach digital currency. This is the case with China. China is a leading country in almost all aspects of life as time passes by; they keep on showing their political, social and economic prowess. Focalising on their financial system, let’s get a close look of how the Chinese government approach is toward digital currency and how the explore this financial path. China is the leading leader in mobile payment during these previous moments and as such combining this aspect with a digital currency will give the Chinese government a prowess as they will have a greater oversight over billions of digital transactions and at the same time reducing the cost of each transactions. As a result of this benefit dealing with digital currency, the Chinese government have taken it upon themselves to create a digital currency as it will not only reduce the various cost of transaction, but it will also help to increase financial inclusion and help in reducing societal ills like corruption.

Another world major economy exploring and getting into accommodation with the use of digital currency is the United States of America. The United States of America under several Federal Reserve Officials said in 2017 ‘The exploring and thinking about the possibility that, the Federal Reserve will offer digital currencies at various federal state as it was stated by the New York Federal Reserve president, Mr. William Dudley. This still need a cautious approach in order to avoid cyberattacks according to the Wall Street Journal.

Digital currency has actually gained the hearts of Major economies leaders as digital currency is easy, thus giving the opportunity to the central bank to control and monitor its transactions and velocity as it will lead to an improvement of monetary policies and permit to know about the whereabouts of the money used in the transactions. 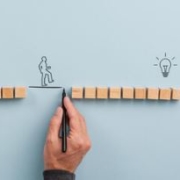 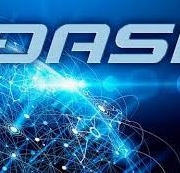